In addition to looking here to see what we’ve been up to, you can look at our Facebook page where you’ll find lots of photos and stories about past and future events of the club. 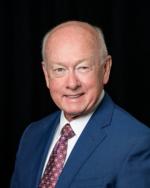 Gov. Doug Ducey appointed Larry Edward Penley, Ph.D., to the Arizona Board of Regents in October of 2015. He currently is chair of the board and an ex officio member of the Finance, Capital and Resources Committee, Audit Committee, Academic Affairs and Educational Attainment Committee and the Research and Health Sciences Committee.
Regent Penley is the president of Penley Consulting, past president of the Thunderbird School of Global Management, former president of Colorado State University and past chancellor of the Colorado State University system. A former dean of the W. P. Carey School of Business at Arizona State University, he was a professor of management and Robert Herberger Arizona Heritage Chaired Professor. Regent Penley has held academic positions in Venezuela and Mexico, developed educational programs in partnership with institutions in China and Mexico and is professor emeritus at ASU. Regent Penley will speak on key initiatives of the board increasing educational attainment in Arizona and preparing Arizona for the new economy. 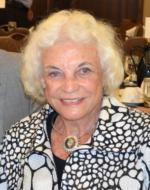 The Career-Community Award of Merit is given to a person who has achieved distinguished honors in both his or her career AND in his or her community. Phoenix Rotary 100 selects recipients who have accomplished both, as did former Mayor John Driggs. Justice O’Connor is highly deserving of this recognition, as she was the first female Justice to serve on the United States Supreme Court after a distinguished law career in Arizona. She was an elected official and judge in Arizona, prior to President Reagan selecting her to the US bench.

The long-awaited start to the third Kenya Water Project is moving swiftly now toward completion. This project led by the RC of Ashville, North Carolina (RD7670) and the RC of Naivasha, Kenya (RD9210), is in cooperation with our District 5490, districts 4130 and 5450, plus the Maasai Education Resource Coalition (MERC) to bring good water from the earth to schools, villages and an orphanage in Maasailand. The report of the project filed by manager Charles Takai follows.

Thank you for the wonderful concern you have for Ewor Emayian people. We also wish to forward our appreciation to your organization Rotary International for making it possible the financial assistance contribution for our project success and many thanks come from the beneficiaries of Ewor Emayian community and School children …

The project had been started well and is progressing well:

Ewor Emayian water project plan of action for July, 2015.
· Digging Olekaria cluster trenches
· Laying pipes connect and backfilling for the 5.5kms completed.
· Start to erect elephant proof fence at the borehole site.
· The 3 water kiosks which are in progress will be completed.
· The delivery of more building materials to the main store at the site.
· Moi Ewor Enkitok primary school and children’s orphanage two water tanks foundation slabs of 10,000 liters which are on progress will be completed.
· Hold training for water management committee on general management, operation and maintenance for future sustainability.
· Water tower will be build up to water tank base of 9 meters height.
· Cattle trough construction will commence.
· Management committee will meet on weekly basic to monitor the progress.
· Conducted exercise of tree planting in 3 schools around the project area.
Challenges faced
· Some part of the area the ground is so hard to dig especially when there’s no rain to soften the ground.
· Most of the construction materials are brought from far distance because the materials are not available around the area.

I take this opportunity to wish you a very happy wonderful moment filled with peace.
We are ready to answer any information you might ask related to this project.

Thanks for your support.

Every now and then members of Phoenix Rotary 100 get together with other Rotarians from around the district and deliver wheelchairs to folks who need them in Hermosillo, Mexico. Quite often, our luncheon speakers are shown our appreciation by a donation of a wheelchair in their name to this worthwhile ongoing project.